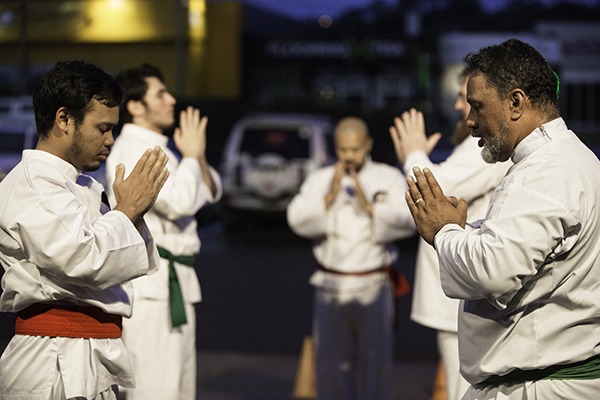 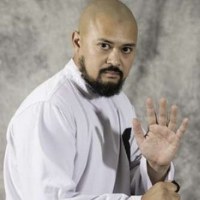 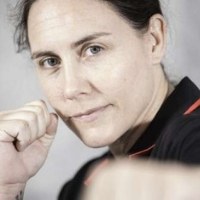 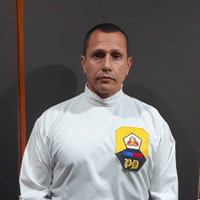 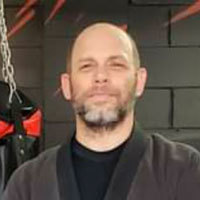 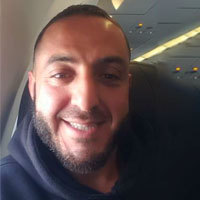 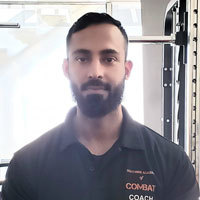 What Our Clients Have Said About Us 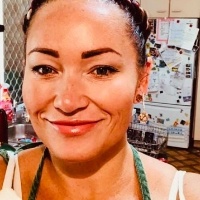 I have been training at Southside Academy of Combat for a year now, and cannot speak highly enough of it. My instructors are patient, highly skilled and are well equipped to teach children as well as adults. The academy is family orientated and has a comfortable atmosphere which is reflected by the students. I also recommend the private sessions which I utilise the most in my training. 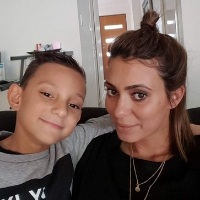 What an amazing academy! My son really enjoys himself while learning life long skills that suit his individual needs that build strength in mind and body. His coach Mas Taufan is extremely supportive and encouraging. 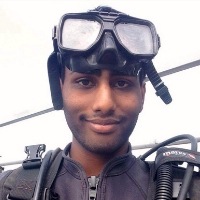 The first thing you notice when entering Southside Academy of Combat is the supportive environment that Mas Taufan and the other instructors foster. An environment that makes me look forward to class every week. I am always challenged but at the same time I have never felt as though I was out of my depth with training.

Training Silat has taught me not only self defence, but also discipline and the importance of taking initiative. Something that I have carried into my personal and professional life.

Walking through the doors of Southside Academy of Combat was one of the best decisions I have ever made. 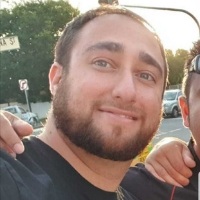 What an awesome place to train. The Master Taufan is funny, ambitious, and knowledgeable. I have been coming here for a few months and it's become an addiction. I would highly recommend freinds and family to train here if they want to learn the art and to get in shape or stay in shape. 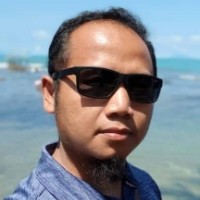 I love this place. Getting healthy, getting ready, getting friends, getting family. My kids and I love the martial art class and the coaches are awesome.

I love this place! Cherie is the best trainer i've had the pleasure of working with. I wake up everyday excited to get me MMA on and become a total badass. 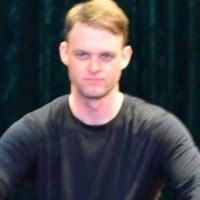 Southside Academy of Combat is a great place to learn and grow your martial abilities. The facilities are clean and there is plenty of training area and equipment. The trainers are friendly and competent in their respective arts making for a great training environment. This is why I go to SSAC for my training. 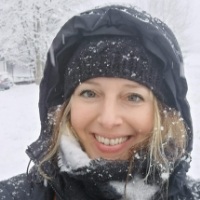 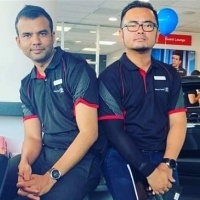 Best place to train martial arts! Mas/Coach Taufan is an awesome instructor and detailed in his teachings. Students and staff are very friendly. Made me feel part of the family from day one. Great environment and facilities. I'm very happy with them to be part of my journey towards a healthier lifestyle. 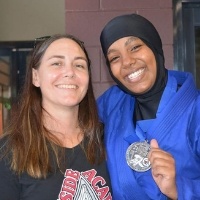 I started training with Southside Academy of Combat and signed up to do womens only mma conditioning class. I wasn't looking for much except a new activity. What I didn't realise was that I would be introduced to a martial arts that would change my life forever. I started to learn the gentle art of bjj, and grew in ways I never thought possible. The coach, Cherie dedicates so much time and attention into the individual needs and quality of each of her students which produces individual unique growth. She's been my mentor ever since and she's taught me foundational techniques that has been the basis of my growth. The muay Thai side of the class taught me and enabled better hand eye coordination, allowed me to work on the other side of my brain. Being right handed, I always thought my right would be my better side, now my left is the better side in relation to striking. I can't recommend these classes enough. Even for just general fitness, it's a fun way to get fit and learn new martial arts. I'm forever grateful, and blessed to have started my journey here!

What is Silat and its rankings?

Silat is the martial art leading most of South East Asia. Originating from Indonesia and the Malay peninsula including Brunei, it is a style of combat used in ancient tribal wars and conquest. In recent times for some it has become more of a dance for ceremonial and demonstration purposes, however, there are still many styles which retain their very serious intent of protecting the individual and subduing an aggressor. One of these is SILAT PERISAI-DIRI (PD). Designed and developed for pure combat for both empty hand and weapons fighting, Silat PD was formulated by taking all the useful applications of silat fighting and compiled it into a system built for self-protection. However, the mental and spiritual side of silat runs deep within the art and is still a major component that is still practised for its high demand of discipline and respect.

PD was developed over the first half of this century by R.M.S. Dirdjoatmodjo, who formally established the organisation (Keluarga) on 2 July 1955 in East Java. Although PD is relatively modern in concept, it is a blend of the most effective techniques and moves from a number of ancient pencak-silat styles and some other branches of the Asian fighting arts. PD movements and postures are based on the defence and fighting attitudes of a range of types of animals, birds and humans, creating a comprehensive system of self-defence which allows a practitioner of PD to select the most appropriate response to any form of attack.

Although PD allows a practitioner to disable an aggressor when necessary, its primary purpose is protection. "Perisai diri" means "to shield oneself": a practitioner of PD is capable of developing personal security through building a total "shield" of his or her PD skills. These skills are a combination of accuracy, speed and power. Light, fast, elusive movements are complemented by protective blocks and devastating attacks. It is a style of self-defence which suites anyone: an emphasis on speed and agility in evasion for a lightly built person can more than compensate for the strength of a powerful aggressor. Silat teaches the practitioner to have strong mental fortitude, discipline, self-control, self-confidence and for many it is a way life.

The belts in order are: White, Black and Red. White is called Dasar 1 which means basics 1. Black IS NOT the highest belt and stands for Dasar 2 which means basics 2. Between these 2 belts in can take anywhere from 6 months to 1 year as it is an introduction to the basics and applications. Red Belt is the highest belt BUT NOT THE HIGHEST LEVEL. From Red belt the levels go up in patches with stripes which are sewn onto the left chest area of the uniform. The levels are in this order: Black, White, White Green, Green Blue, Blue, Blue Red, Red, Red Yellow, Yellow Strip, Full Yellow which is pendekar or Grandmaster level. Typically it takes 1-2 years between each level depending on the individual.

What is BJJ its rankings?

Brazilian Jiu-Jitsu focuses on getting an opponent to the ground in order to neutralize possible strength or size advantages through ground fighting techniques and submission holds involving joint-locks and chokeholds. On the ground, physical strength can be offset or enhanced through proper grappling techniques.

BJJ employs a wide range of takedown techniques to bring an opponent to the ground such as "pulling guard", for example, which is not used in other combat sports such as Judo or Wrestling. Once the opponent is on the ground, a number of maneuvers (and counter-maneuvers) are available to manipulate the opponent into a suitable position for the application of a submission technique. Achieving a dominant position on the ground is one of the hallmarks of BJJ, which includes effective use of the guard position to defend oneself from bottom (using both submissions and sweeps, with sweeps leading to the possibility of dominant position or an opportunity to pass the guard), and passing the guard to dominate from top position with side control, mount, and back mount positions. This system of maneuvering and manipulation can be likened to a form of kinetic or physical chess when executed by two experienced practitioners. (Mejia, 2018) A submission hold in BJJ is often assimilated to the equivalent of "checkmate", where the opponent is left with no other option but to tap or get injured or choked.

BJJ focuses on submissions without the use of strikes, while training allows practitioners to practice at full speed and with full strength, resembling the effort used in competition. Training methods include technique drills in which techniques are practiced against a non-resisting partner; isolation sparring (commonly referred to as positional drilling) where only a certain technique or sets of techniques are used; and full sparring where each practitioner tries to submit their opponent through technique. Physical conditioning is also an important aspect of training. (https://en.wikipedia.org/wiki/Brazilian_jiu-jitsu#cite_note-42)

The belts in order are: White, Blue, Purple, Brown and Black. Often schools award four stripes for White through Brown belts. Black Belts then progress through degrees typically awarded one degree every three years, based on skill level, teaching ability, and contribution to the art, up to tenth degree. There are special classifications for Black Belt fighters and instructors. Instructors have Black Belts with red bands and Black Belt fighters have white bands. Typically, Black Belt instructors are not permitted to promote others up to Black Belt rank until they receive their first degree.

The ranks for children are different. Blue belt and higher ranks have age requirements so children have the following ranks beginning with White, Yellow, Orange and Green. Each belt has 4 stripes. These belts are utilized until age 16.

What makes Silat, BJJ and Internal Strength Training different from other martial arts?

The 3 complement each other.

Do I need to be strong, flexible, and in shape to join Silat, BJJ or Kickboxing?

You do not. All the classes are designed for all levels from absolute beginners to advanced.

How often should I attend a class in a week?

The more the better obviously but 2 is on average the frequency many come to train. If you are coming at least once a week you are doing better than most others who don’t train at all.

How large are the classes?

We focus on quality not quantity hence why class numbers are controlled and increase the frequency of classes so numbers are widely spread.

What happens if I miss a class?

Then you miss a class. Just come to the next one.

What is the age requirement for each program?

Are there any private lockers for members?

No but we do have a bag storage area that is under the supervision of the instructor.

What do you wear to practice or train and where can I get them?

For Silat you wear the tradtitional uniform, BJJ you can wear rash guard or a Gi and for systema you wear the club shirt. All can only be purchased via the club with the exception of the BJJ Gi.

Is it ok to attend a class as a visitor?

Yes, as long as you sign the indemnity/waiver form.

Questions? Get In Touch.

designed and created by Martialartsmedia.com

Enter your name, email and phone number below and we'll get in touch to discuss which training program is right for you.